Bruneschelli Dome of the Florence Cathedral 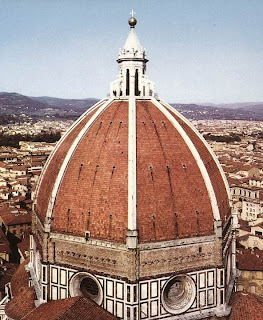 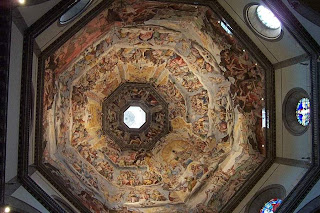 The goal of this dome was to get away from the typical form for building and supporting a dome. Therefore, flying buttresses were ruled out and finding out how to have this dome support itself became the main focus. The Pantheon in Rome served as a helpful example being that its cement roof was stable and sturdy. While being built, horizontal stone and iron chains were used to hold the dome together. Interestingly enough, these chains were octagonal in shape--the same shape that the dome itself would take at its base.
Posted by Art & Culture 104 at 6:40 PM