Alhambra is a fortress castle in Spain built by Moorish rulers during the fourteenth century. Its palaces were intended for the Muslims Emirs of Spain, but once the Catholics took over, they used some of the existing palaces and added a few of their own to the complex. There was no strategic grand plan for the building of this massive site and so the compilation of buildings is rather random and no particularly unified in their plotting. True to Islamic decoration, calligraphy and script abounds on the walls of the Alhambra as to intricate column and archway decorations, opening up to courtyards within the palaces. 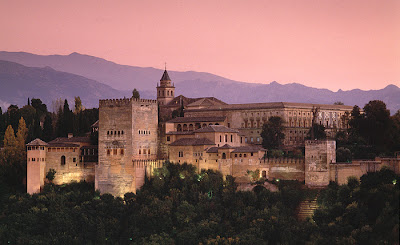 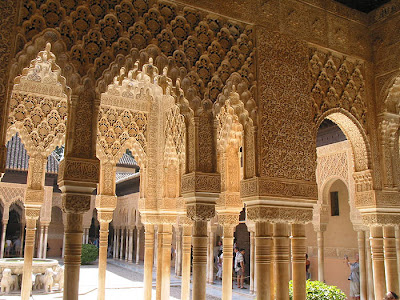