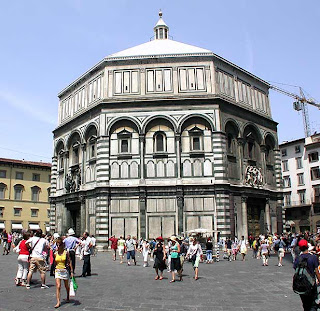 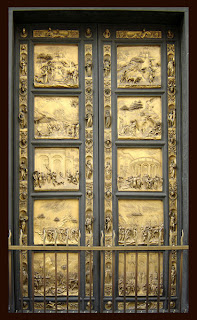 The Baptistry of San Giovanni has the status of a minor basilica. Until around the end of the 19th century, all Catholics in Florentine were baptized here. It is one of the oldest buildings in the city and sports a Romanesque style. The Baptistry has three entrances, one on the north, east, and south. Each door is surrounded with relief sculpture. While it was rumored to have been built on the remains of an ancient temple, it has been discovered that its foundation is an old guard post. The octagonal shape is a very common one for baptistries coming from this time period. 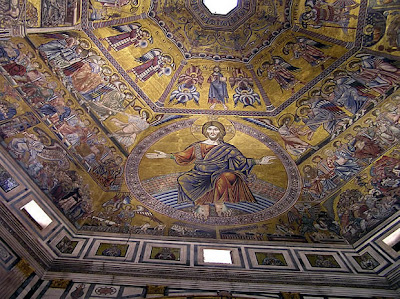