Located in Cambodia, this Buddhist temple was once a Hindu temple, dedicated to one of their gods, Vishnu. It is officially the world's largest religious building. It's size and grandeur probably make more sense when one considers that when it was first built, it was meant to imitate what followers believed the house of the gods to look like. Almost all the exterior walls and surfaces were constructed with sandstone. The towers are meant to look like lotus buds and narrative scenes riddle the walls. 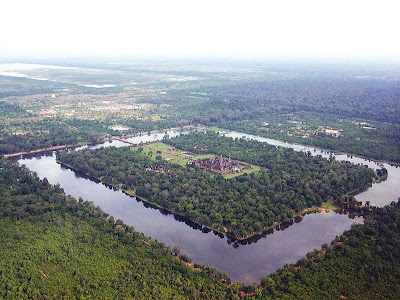 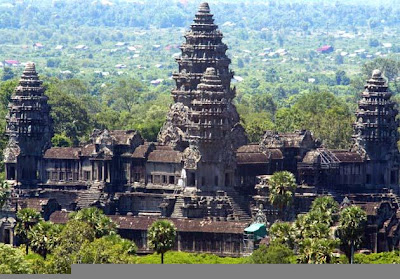